It's picture time on the Populi blog!

First, here's a pie chart showing what Operating System people use when they get on Populi. It's no surprise that Windows XP, 7, and Vista take up 74% of the pie. It is interesting that Windows XP, released in 2001 (and no longer for sale by mid-2008) completely wallops Windows Vista. The last two versions of Apple's Mac OS X make up 20% of the OS pie. Mobile-wise, iOS leads Android 3 to 1. And Linux—although it's really for specialists—makes up 1% of Populi usage.* 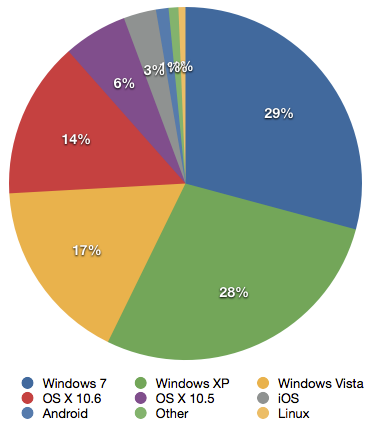 This next chart shows what browsers people use to access Populi. At just under 30% total, IE's 7 and 8 don't show nearly as well as they do on some other browser-share charts. IE8 is looking over its shoulder at Google Chrome's 19% share. Safari's 13% (16% if you want to include Safari Mobile) is a handsome number when compared with its ~6% share of the internet at large. Firefox enjoys a commanding lead over every other browser. That grey 4% wedge includes all the outdated or beta-only outliers—IE's 6 and 9, Android, Chrome 0-8, Chrome 11, Safari 3-4, Camino, Firefox 2-3—as well as random stuff like BlackBerry. Mercifully, the hard number on IE6 is only 0.01%.* 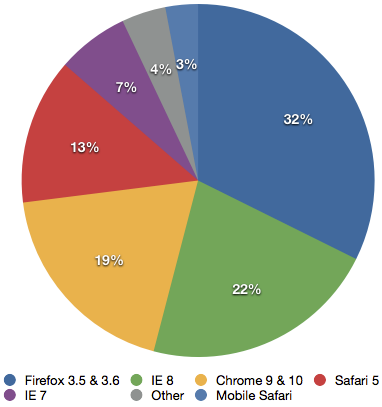 And this is a folding trapdoor spider we found on the bike trail that goes past our office. Yeah, it was big. 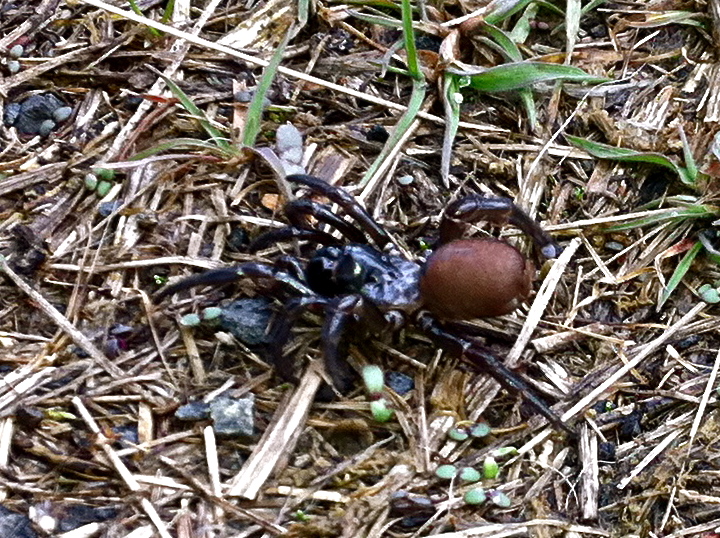 *These stats are based on total logins—as opposed to unique logins—so a power user who logs in four or five times a day affects these charts far more than a prospect who might log in twice in a month to finish his application. Also, these numbers are rounded.