Listening in on a sales demo the other day, it struck me: we no longer need to explain web-based software the way we used to. Back in 2008, a good chunk of Nick and Joseph's time was spent telling schools about the ABC's of web-based software: browser-based, hosted on our hardware, available anywhere, maintenance and updates on us. The Internet was not new, nor was Populi on the cutting edge of cloud-based software. But the notion of a small school getting real work done using the web was novel enough that we gave it a whole page on our website.

In 2016, the web is part of everything. It's not just that we're used to web-based productivity software—it's that the Internet is applied, seemingly, to all problems. Think of it: in 2008, the web was largely accessed via the desktop browser. In 2016, we use it just as often on our phones. And we use those devices not just to check email and look at websites, but to control network-connected things like light bulbs, refrigerators, and, wonderfully, diapers.

So, yeah, if the baby poops, we want the Internet to tell us. The web is enough a part of life that people will throw money at this idea expecting to make it all back. So of course schools now come to us taking it for granted that we're web-based. That means that the web is something that we now expect, a utility like electricity or running water that we don't notice unless it's not working. Benedict Evans observes this phenomenon:

Our grandparents could have told you how many electric motors they owned - there was one in the car, one in the fridge and so on, and they owned maybe a dozen. In the same way, we know roughly how many devices we own with a network connection, and, again, our children won’t. Many of those use cases will seem silly to us, just as our grandparents would laugh at the idea of a button to lower a car window, but the sheer range and cheapness of sensors and components, mostly coming out of the smartphone supply chain, will make them ubiquitous and invisible - we’ll forget about them just as we’ve forgotten about electric motors.

Before everything had a network connection, you thought about the Internet more. But as it's shoved into every object imaginable, it becomes invisible. And that's when it goes unexamined. Unexamined things can change us in ways we will not see. We now expect the world to work a certain way, a way that replaces a brief sniff test on the diaper with a Bluetooth notification on the phone.

Here's how unexamined it is already. A moment ago, I said that we "expect the world to work a certain way" and you didn't notice. Earlier I wrote that "the web is part of everything", and you didn't care. I'm going to let Alan Jacobs take us to task:

“Technology is shifting our way of seeing the world.” “The internet really has changed the world completely.” Pray tell, what is “the world”? Seriously, I want to know what people mean by this. If “the world” has been changed completely, why does the silver maple outside my window still stand as it has for decades? Why is the gazpacho at Emilio’s as good as it was when I first tasted it, twenty-five years ago? Why does the prose of Sir Thomas Browne still delight me as it did when I first encountered it at age nineteen? Why do I still love my wife?

If you answer, “Well, that’s not what they mean by ‘the world,'” I counter, “Then what do they mean? Because all those things I just mentioned are in the only world that I know.”

No more essays about how “technology” or “the internet” is “changing everything.” They all say the same thing, which in the end amounts to: absolutely nothing. So let’s get down to cases. What technologies did you rely on today? What did they help you do? What did they allow you to avoid doing? What did they prevent you from doing that you wanted to do? Specify. As the proverbs tell us, both God and the Devil are in the details.

Another sage, Nicolás Gómez Dávila, once put it thus: "Intelligence consists not in finding solutions, but in not losing sight of the problems." Jacobs' questions keep the problems in sight, and as the web is woven into every solution and the din of modern life, this is what we must remember when telling people about Populi.

What problems do we solve? What new problems might we create? Can we address new issues and things we can't predict? Will we remember the world apart from the web? It's where the low winter sun catches the roofmelt off the grain elevator. Where the cheese on a Humble Burger fuses just so with the sauce. Where Thomas Tallis wrote a 40-part motet. Where sons dash across the surf as the Pacific crashes into California. 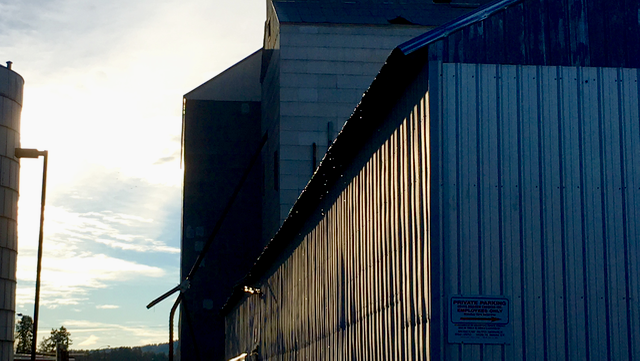 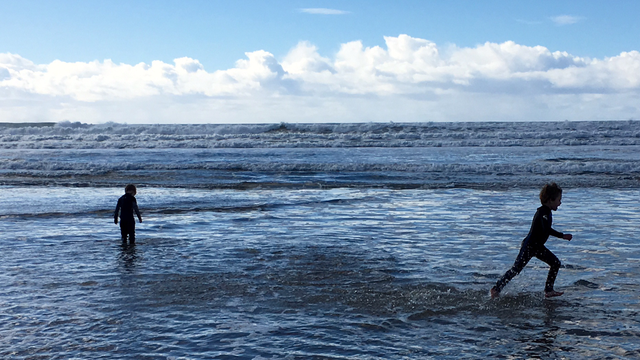 Nothing is better for a man than that he should eat and drink and his soul should enjoy good in his labor.