We just released an improved version of online references. References were introduced with the new Admissions release from last December, and after receiving feedback from customers, we found lots of ways to improve them.

You'll notice a new tab in Admissions > Settings for Online Reference Forms. This is where you'll create and edit your reference forms (you can have as many as you need).

If you've already included a reference form in your application, you'll see a form called "Default". That one is presently included in your application. It collects the same information as the one you're already using: name, number, and an essay field. If that form is handling your needs, you don't need to do anything: it's already set up. 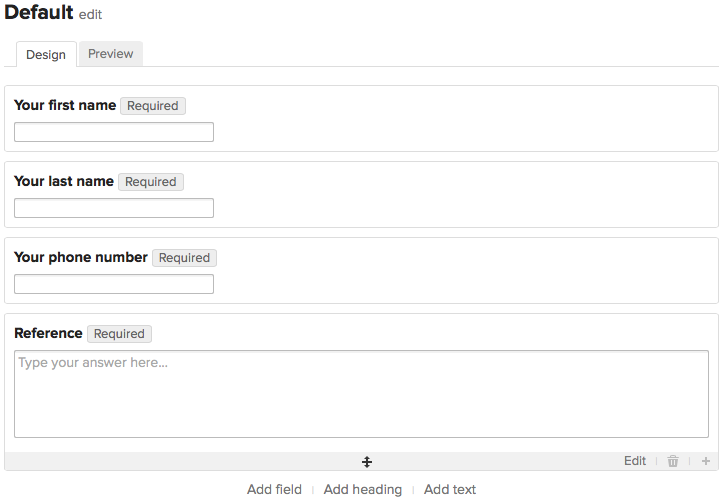 Many schools need a more complex form than the basic essay. You can now design that custom reference form right inside Populi (or update the Default form). It works just like building an application, and you have almost as many options in the reference form as you do in the application designer. 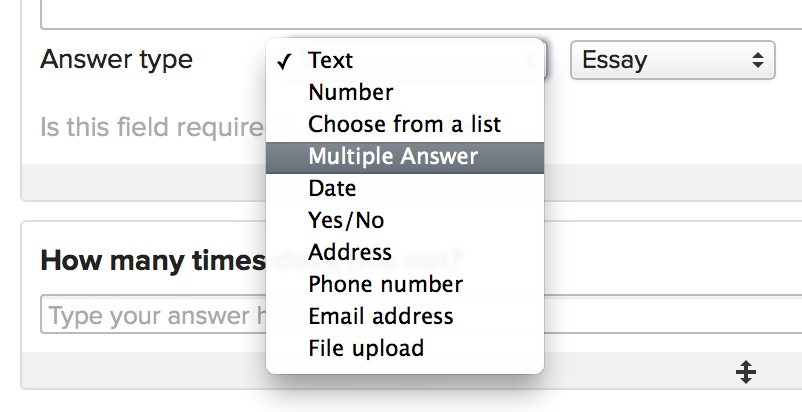 Include it in an application when adding new fields.

On the applicant's side, it works just as before: he just enters an email address, and when he submits, Populi sends the reference a link to your online reference form. 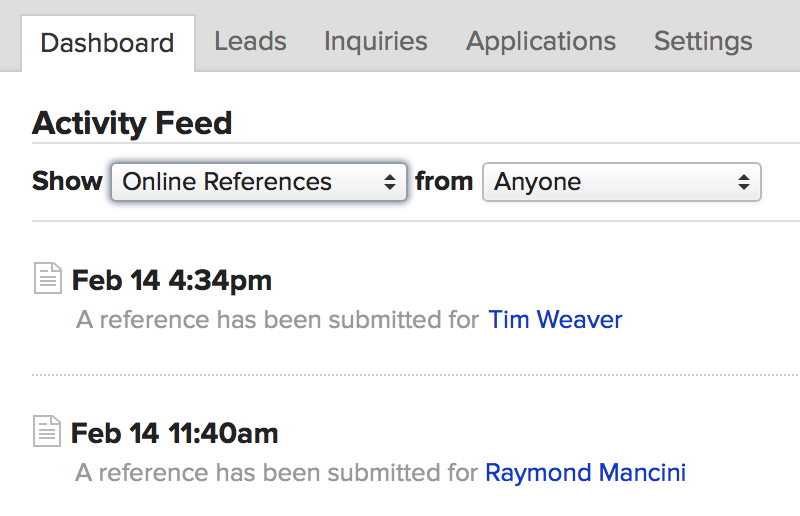 If you have any questions about how to use the new online reference forms, check out the Populi Knowledge Base or contact Populi Support.

We've been improving the new Admissions features we released just before Christmas. Here's a quick look at what we've done:

We updated the application designer. Previously, you had to add new elements at the end of the application and then drag them where you needed them. Now you just click the + and add another heading, text block, or field and insert the new element wherever you need it. 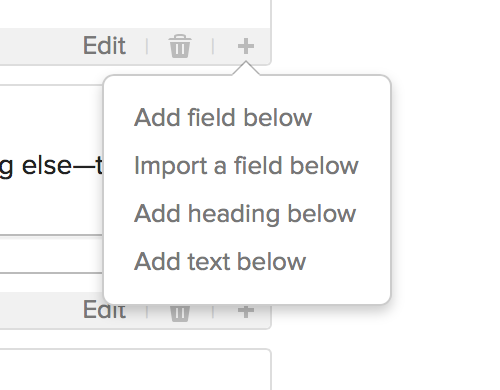 Also, now you can see what's Required without having to look in the Preview tab. 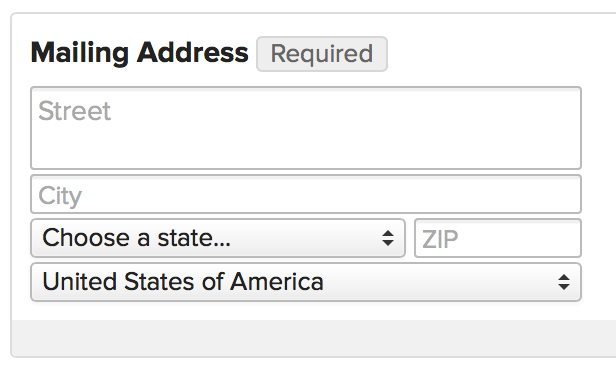 Importing field info to the profile

The new application fields make it simple to collect information from the applicant that you can import directly to the Profile. We've improved that entire process:

Early in the morning of December 17, 2013, we released the all-new Populi Admissions. No corner of Admissions went untouched—we refreshed everything from the functionality to the workflows to the technical framework that makes it all go. Additionally, we released a number of new features in Academics and—as you likely noticed—updated lots of visual elements throughout Populi.

Applications are better in every way. The new design tool lets you build applications field-by-field and preview how it will look to applicants. Leads no longer need a user role or login to fill it out—they just go to their application's unique URL. Application Questions let you communicate with your Leads about any questions they have along the way. If you have multiple applications, you can charge a unique fee for each one, and tie each one to a different academic program. And that's just some of the big stuff with applications. Read all about them in our Knowledge Base.

We replaced the Prospects role with Leads. Leads are people for whom you can track Admissions-related information. You might find out about Leads any number of ways—including when they fill out the new Inquiry form or submit one of your new applications. The Lead Routing setting lets you set up a rotation among your Admissions staff to receive new Inquiries and Applications.

Admissions reporting is much improved: the standard reports come with a new filter that lets you get at your Admissions data from almost any angle. We also added a Funnel Report to help you analyze the factors that propel or dissuade your Leads in the admissions process.

Lead Sources give you specific insight into how your Leads learn about your school. You can include a bit of Lead Source data in the embed code for your Inquiry or Application form—so if you send out an email newsletter with an Apply Now link, you can get hard data on how effective that newsletter form proved to be.

A few other things:

The new Transfer Credits report in Academics > Reporting lets you look over all the transfer courses at your school. Run reports on what you've rejected or approved, or find all the pending transfer credits and change their status to approved.

Term Student Fields let you track term-based custom information fields for your students. Say you have periodic "benchmarking" exams that your students take once a term—you now have an easy way to track that information over time.

You can now add greater detail to your P/F marks with the Pass/Fail grade scale in Academics > Settings.

Students can now see a detailed list of their attendance record for any of their courses. 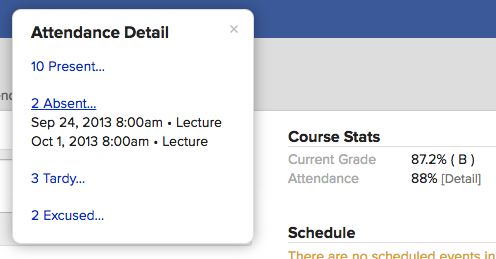 Maybe you noticed? From the login screen to various buttons and icons, Adam Sentz has refreshed Populi's look in ways obvious and subtle. 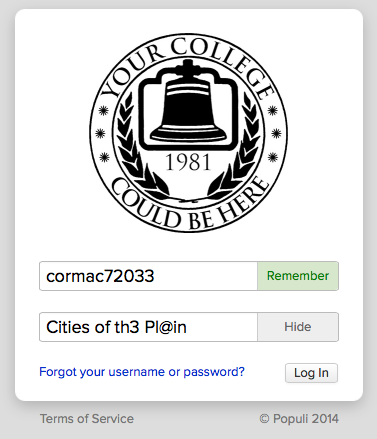 We're always working to improve Populi's speed, reliability, and resilience. A little before the big Admissions update, we upgrades Populi's infrastructure with some amazing new servers and other back end improvements. Consequently, Populi is routinely handling twice as many logged-in users as this time last year—without even breaking a sweat.

Merry Christmas and a Happy New Year from the Populi Team

Many thanks to all of our customers, new and old, for making 2013 a great year to work at Populi. Here's to an even better 2014!

Website usability researchers The Nielsen-Norman Group have something to say to business-to-business websites: publish your pricing.

Business customers report pricing as the top most needed piece of information online, yet many business-to-business (B2B) sites don’t show it… In our studies, we watch participants go to competitors’ sites when websites do not show prices. If pricing information can be found elsewhere, that’s where users will be.

We're aware of one other company in the higher-ed software industry that has up-front pricing information—Pathwright—and they're after a different slice of pie than we are. Otherwise, we're not aware of any services comparable to Populi that publish what they cost.

Companies rationalize reasons for not revealing prices online: we don’t want our competitors to know, price varies for different customers, price constantly fluctuates, customized services have unique prices, and so on. These excuses are legitimate reasons in almost all cases, but they’re still excuses. Not showing pricing works against customer needs and thus creates a hostile shopping experience. Remember the Halo Effect: people’s impression of one aspect of your brand (“they’re hiding the information I want”) transfers to their feelings about everything else (“they’re difficult to deal with; I don’t like them.”)

We don't call it the "Halo Effect", but the description of it resonates with us. We want you to know everything you deserve to know about us: What do we provide you? How will we do business with you? What are our priorities as a company? What does it cost?

This may be a murky, obscurantist industry, but hiding basic stuff like that never made any sense to us.

We were unable to secure sufficient funding in order to properly scale the business, and our endeavors to find a new home for Everpix did not come to pass. At this point, we have no other options but to discontinue the service.

By all accounts, the site and service provided an elegant solution to a common problem: how to store, organize, and access years' worth of digital photos from myriad sources. Everpix stored them all on the cloud and gave users a simple interface to manage them. But as good a product as it was, it simply failed to gain traction. Casey Newton's post-morten at The Verge reports that "the company had attracted fewer than 19,000 signups". Some 6,800 of those were paying customers, plunking down $4.99 a month or $49 a year for the paid version.

In the company's final months, company founder Pierre-Oliver Latour made the rounds among the venture capitalists. He sought another $5 million to follow up on the initial $2.3 million he'd raised during Everpix' nonage—which sum the company had burned right through. In a telling paragraph, Newton reports:

In meetings on Sand Hill Road, Latour says, nearly everyone expressed enthusiasm for Everpix's product. But one by one, they turned him down. After two meetings with one well-known firm, a partner sent Latour an email. "You guys seem to be a spectacularly talented team and some informal reference checking confirmed that, but everyone here is hung up on the concern over being able to build a >$100M revenue subscription business in photos in this age of free photo tools." Said a partner at another firm: "The reaction was positive for you as a team but weak in terms of whether a $B business could be built."

Everpix, not holding the possibility of doing billion-dollar—or even a paltry hundred-million—business, was thus refused five million semolians by the VC's. Which well they should have. Only suckers go for an investment that gets you less than a 2,000-percent return.

In time, Latour hopes, the lessons of Everpix will become more clear to him. Where had it all gone wrong, exactly? Maybe there was something obvious that everyone had missed.

Maybe the Everpix guys could have taken a look at their expenses. Their Profit & Loss statement:

Everpix was spending money like there was no tomorrow. Which, as it turned out, there wasn't.

To be clear, we're sympathetic to the Everpix guys. No one wants to see their work up and vanish like that. What we're looking askance at is the culture that killed it. The company raced through its cash with such abandon that it must've been planning on either more funding or an acquisition. And when it came to that time, turns out the VC's wouldn't lift a finger for anything less than a nine-digit payday. Not a thought given to long-term sustainability or the preservation and improvement of what they had built.

The ones who put up the money are the ones who own your work. If you want it to last past tomorrow, make sure they're as invested in it as you are.